7 criteria for choosing a startup advisor 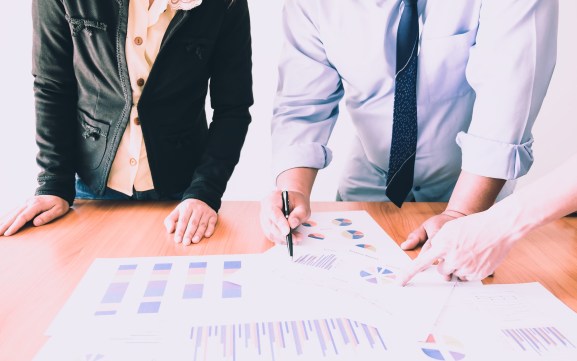 One of the first questions many founders ask is whether and when they should form an advisory board. Advisors can be valuable extended members of the management team. Good advisors can share their experience on a range of subjects – technology, go-to-market, personnel, etc. – and they can make introductions to customers and employees. They lend their personal brands to early stage companies and can even mentor new executives.

But sometimes, when advisors do little or nothing, they can hurt your chances of success.

How much time an advisor spends with your company is not nearly as important as what they can do for you. If you have gotten to the point where you are seeking a formal mode of advice, here are seven questions to ask about someone interested in advising your company.

1. Have they struggled before?

So much of being a good advisor comes through empathizing with the founders and management team of a company. Some of my most valuable experiences occurred while serving on the board of a company that went through Chapter 11 and emerged as a vibrant company. Although I have been in four startups now, I first was a poster child for product/market fit immolation. Now I know why Thomas Edison once said, “Genius is one percent inspiration and 99 percent perspiration.”

2. Are they working both sides of the trade?

While it is tempting to find advisors in your market or technology segment, try to avoid conflicts in an advisor’s current role or responsibilities. Most technology categories are broad so you shouldn’t have issues finding advisors who are close enough to your challenges but not competing for the same budget dollars.

Sometimes an advisor may have just exited from your space (although you must ask what they are like if they are willing to turn around and compete with their former employer). While advisors are not technically board members, it’s better to follow that standard when thinking about advisors. Look up the bylaws of any public company and you will find language that refers to “duty of care” and “duty of loyalty.”

3. What kind of success have they had?

While most companies do not look for people whose last venture was a colossal fireball – although I think there is as much to learn in how people fail as much as in how they win – there is a natural temptation to look for advisors who came from successful companies. (Who doesn’t want advice from people who were early advisors at Apple, Microsoft, Amazon, or VMware?) When parsing through people’s experience, though, it is important to look not only at where they worked but also at when they were there and what impact they had on the company and its decision making.

4. Are they ‘business successful’ or just ‘social media famous’?

One of the strangest phenomena of today’s tech scene is that there is a raft of amazing well-known people whose popularity does not have any connection to actual results. Some of the best mentors I have garnered over the years are virtually unknown outside their own sphere of influence and worked in companies that would be considered uncool today (my first great boss was at IBM). Just because a person has social influence doesn’t mean they’ll be able to advise on business-critical decisions.

The most common advisory relationships are consummated over an equity grant. Before you hand over your hard-earned equity to an advisor, you should have a corresponding requirement: Advisors should have (financial) skin in the game. You want them to think like an owner – like a founder – and not like someone who has some free shares in the company. This means investing in the company (or at least purchasing their shares). If an advisor will not make an investment in your dream, why should they be around for the ride? As Rod Tidwell said in Jerry McGuire, “You bet on me like I bet on you.”

6. Will they learn from the experience?

Advisory relationships should not be just about financials – they are not unidirectional. Advisors benefit from spending time with you and learning about your company and space, too. Personal chemistry is always a critical part of all work relationships and while they should care about you, you should also care about them.

7. Can they focus on your unique situation?

In the final seasons of The Sopranos, Tony is travelling with his associate “Paulie Walnuts” and the latter keeps rehashing his and Tony’s past experiences, telling war stories over a period of a few days. Finally, the New Jersey Don has had enough nostalgia and snaps at his associate, declaring: “‘remember when’ is the lowest form of conversation.” While you are hiring an advisor for their guidance, they need to understand your unique situation. Is your potential advisor too nostalgic for their glory days?

Before signing on any advisor, it is important to spend time together to make sure you get the right fit. If both parties are interested, it should be

Alan Cohen is chief commercial officer of Illumio and serves as an advisor to tech companies including Highfive, Mist, Netskope, and Vera. He previously led marketing and product management at Airespace, was VP of marketing at Nicira, and led enterprise marketing at Cisco.

MTYsquared shares posts from sources that add value to our lives about tech (& other cool stuff) and hope that the articles we share enlighten you in as much as they have enlightened us. We make every attempt to fairly attribute the articles to the author and provide links to all original articles. Where this is not the case please notify us immediately.